Is using Snapchat for marketing really a viable option for today’s businesses?

If you are around teenagers or young adults, you’ve probably heard of Snapchat. My daughter uses it and it is her primary vehicle for communication with her friends and peer group. While I personally hate that app, the teenagers are eating it up and consuming more pictures and messages than we adults can fathom.

This means B2C marketers have to at least consider the social media platform for marketing to certain target markets.

Snapchat was created in 2011 as messaging service for private phone-to-phone communication. It was the brainchild of three college students as a way to share funny photos and awkward selfies with friends and lovers. A hallmark feature of Snapchat was that photos, messages and videos would disappear almost immediately after being read, so students didn’t have to worry about future bosses and future boyfriends or girlfriends ever seeing what had been sent.

During its first year, the founders of Snapchat noticed that usage was peaking between the hours of 9 am to 3 pm. As they explored why, they discovered that high school students were using Snapchat as a way to pass images and “notes” in class behind their teachers backs. Since the notes were on phones instead of paper and they disappeared the moment they were read, they could never fall on the floor where teachers could find them—as had been the case for the past two hundred years.

High school students also flocked to the idea that they could send almost anything they wanted to friends and not have to worry that anyone else would see it.

You might wonder what’s the big deal with an app that about a 1,000 high school students were using? But less than three years later, Mark Zuckerberg offered $3 billion to buy Snapchat. It is now valued at $20 billion.

Some Interesting Stats About Snapchat

Why Snapchat is So Popular with Teens

In 2012, Snapchat was given a boost by the media’s panic about teenagers using it as a sexting tool. The media completely missed the main reasons why teens and young adults loved Snapchat, which had little to do with sexting.

Snapchat was immediate and easy, as opposed to Twitter, Facebook and Instagram. Mashable’s Armand Valdes gave an example of the kind of image he posts on Instagram (a beautiful sunset) where everyone can see it, and on Snapchat (showing serious bedhead) where only the friends he sends it to can see it and where it disappears in ten seconds or less. If he wants to let people know how hot it is, he can take the time it requires to create a Tweet or he can do it instantly on Snapchat, where he takes a selfie of himself sweating with the temperature on it and sends it to his friends.

The most addictive and endearing part of Snapchat is that’s fun and silly. Here are some examples of the many lenses and filters that Snapchat is famous for: 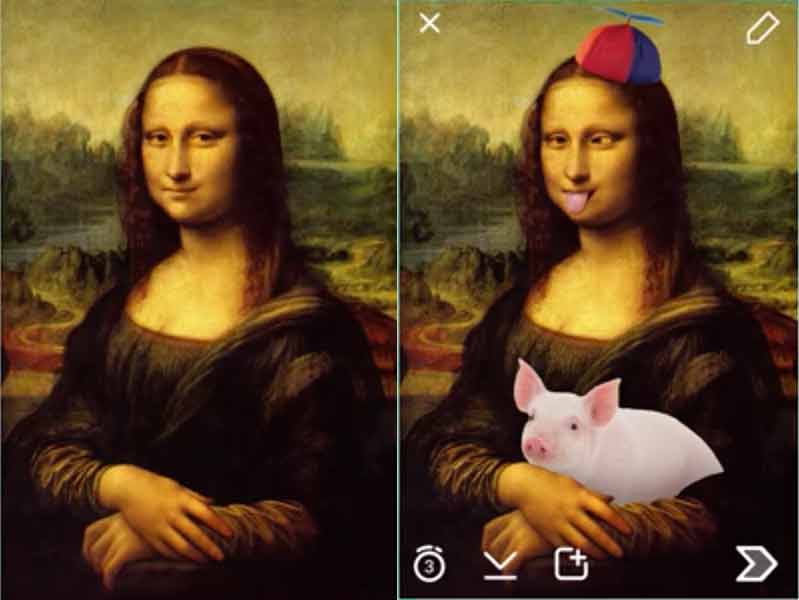 Mona Lisa Before and After Snapchat

Some of the Snapchat lenses and filters that users can apply to their selfies and send to friends in seconds. 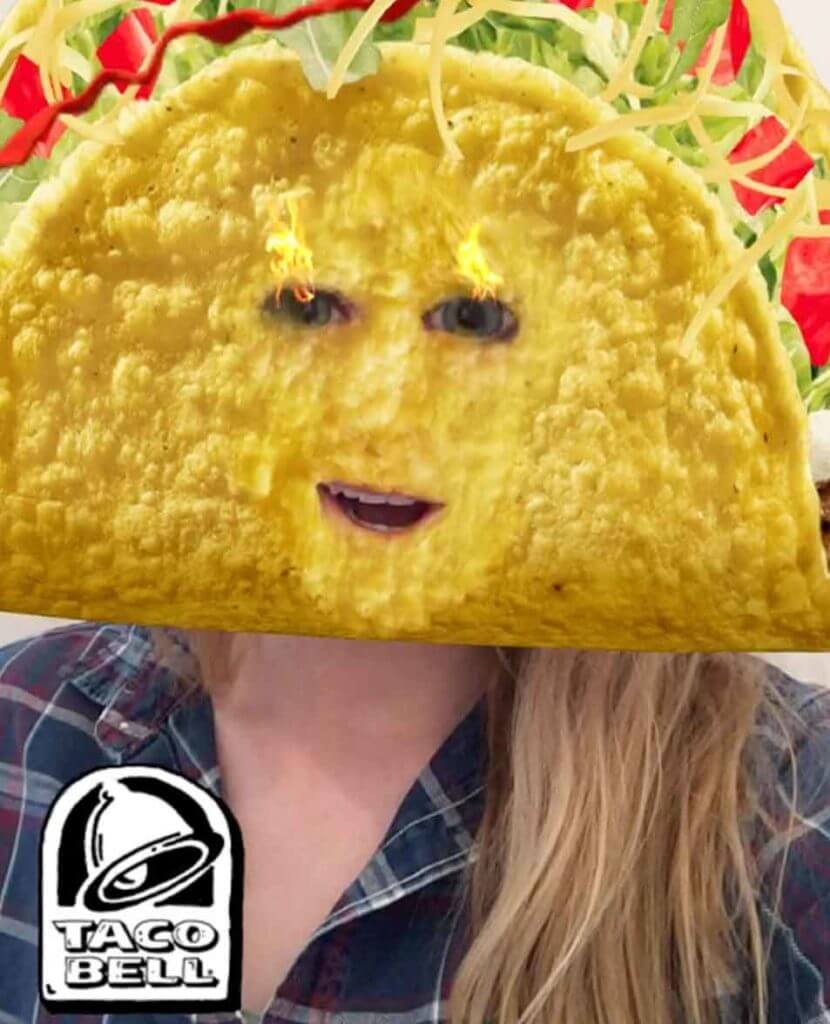 Taco Bell received 224 million views in one day with this Snapchat filter, which users could superimpose over their own selfies and send to friends. It shows the power of Snapchat for marketing purposes.

Snapchat for Marketing and Business

Unlike other messaging apps, Snapchat has no social data, no lists of friends that others can easily see, and user profiles are extremely limited and not made public. This is the polar opposite of Facebook, where you worry about the number of followers, likes, and comments. On Snapchat, no one knows or cares.

While this might make for a great user experience, it’s been nothing short of a nightmare for using Snapchat for marketing. Snapchat’s lack of keywords, SEO, analytics and all things Google has made it almost impossible for advertisers.

But that is rapidly changing.

During the past twelve months, Snapchat has repositioned itself from a no-man’s land for marketers to welcoming marketers with open arms. The reason for this is monetization. Without making changes in the way Snapchat is used, and without offering features that will catch the eye of marketers, there has been no way for Snapchat’s investors to make money.

So with each new update of Snapchat—which seem to be happening every four to eight weeks—Snapchat is adding new user features that are more marketing friendly.

The challenge for Snapchat has been in deciding what changes to make that work well for marketers without destroying its unique ecosystem that has made it so wildly popular with teens and young adults.

Here’s a look at the demographics of Snapchat’s 100+ million users. If you are considering using Snapchat for marketing to consumers between the ages of 13 and 30, the social media platform is definitely worth considering. 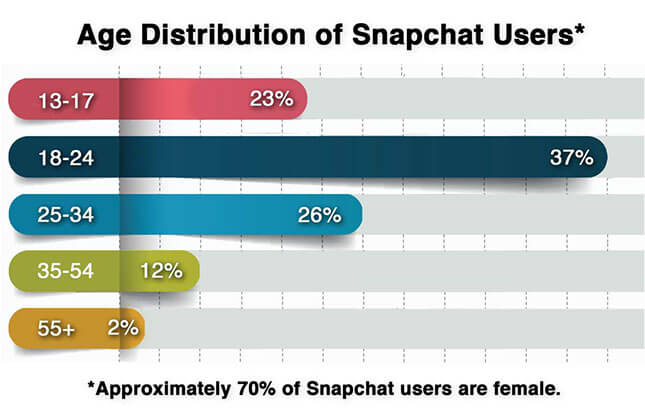 Is Snapchat Right for You?

Snapchat isn’t for everyone and all types of businesses. In a follow up post, I’ll talk more about using Snapchat for marketing and how and even if you should include it in your future campaigns.

Did you try a DIY website audit checklist, only to find you missed the important items that would truly influence your SEO, traffic, and revenue? What you really need is a professional website audit to keep your website and SEO healthy. END_OF_DOCUMENT_TOKEN_TO_BE_REPLACED

Learn what SEO is and why it matters to your website or blog. Download the free eBook and start your SEO journey. END_OF_DOCUMENT_TOKEN_TO_BE_REPLACED

We'd love to help you create something amazing.
Reach out to us and tell us about your vision. END_OF_DOCUMENT_TOKEN_TO_BE_REPLACED