This last week I had the pleasure of attending WordCamp Ann Arbor and organizing the WordCamp WarmUp event. I spent Thursday through Sunday in Ann Arbor and the time flew by quicker then I thought was possible.

Thursday started with an airport run to pick up some iThemes folks then we were off to WordCamp WarmUp that evening. My Friday included two business panels and one SEO lunch. The speaker dinner was that evening, but I was a little too pooped to attend. Saturday continued with me presenting on WordPress SEO and then I held another SEO lunch for 25 people. Sunday rounded out WordCamp with a trip back to the airport to drop off some WordPress friends.

Did I mention it was a busy weekend?

A Bit About the WordCamp WarmUp Event

Our little WordCamp Ann Arbor event had grown from a small group to well over 300 attendees in just a few years. To say I’m proud of the organizing team would be an understatement. They not only scaled the event, they did so without road bumps or issues.

While my part was much smaller, I was able to organize and execute the WordCamp WarmUp event.

To recap, WordCamp WarmUp took place before the actual WordCamp started and it was designed to make introductions to new attendees or those who felt they were a bit introverted. We set registration at 50, but surpassed that amount and I had to close registration a few days before the event.

Not only did most WarmUp guests arrive right on time, we had a full room of WarmUp attendees and even had a few unexpected friends show up.

In preparation for the event I had prepared a list of interesting things about our WordCamp attendees. Some of them were just great.

Here is a sampling of some of my favorite things our WordCampers said about themselves:

This above list demonstrates something I’ve long known – we have super cool people within the WordPress community.

Next I created a list of people with their talents and another list of people and their interests. This was to allow attends to self select people to talk to based on interest level and experience. I’m not sure how many people used my lists, but I will say most people took packets with them when they left hte event.

I also provided some conversation starters for WordCamp and I presented the WarmUp attendees with a challenge to meet 20 people over the course of the weekend. I greeted everyone who arrived, so that left them with just 19 more people to meet.

I sent out a quick poll yesterday and I received 15 responses. While it isn’t everyone who attended, it does provide some good insight on what attendees thought of the event.

Here is the feedback (from the 15 people that replied to my poll) on their progress in meeting the Rebecca Challenge:

In actuality, I really don’t care how many people an individual met. My goal was to get them to meet more then they would without WarmUp and to encourage them to get to know others if their personalities allowed. I have met dear friends from WordCamps and I wanted them to have the same opportunity.

Here are responses to specific questions asked within the poll:

Would you recommend we schedule another WordCamp WarmUp next year?
100% Yes

Would you recommend other WordCamps hold similar events?
100% Yes

Here are some responses that were give for the question How did the event make your WordCamp experience more meaningful?:

While we didn’t hear from everyone who attended, I’m very happy with the feedback we did receive. And it gave me a few lessons learned to take forward with us next year.

For those of you who came to WordCamp WarmUp, I appreciate your time and I hope you enjoyed the event. I would have liked to have spent more time getting to know you, but with 50 people present, it wasn’t possible.

If you haven’t yet attended a WordCamp, please consider it. They can be wonderful experiences for both building your knowledge base and for cultivating some great new relationships. You can visit WordCamp Central to find an event near you.

Here’s a snap shot of our event. You’ll see WordCamps and their associated events can be lots of fun. 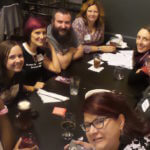 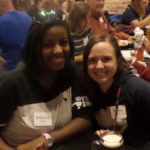 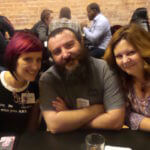 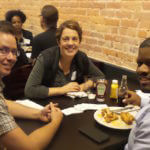 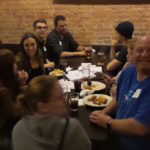 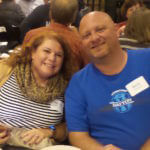 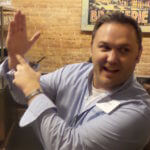 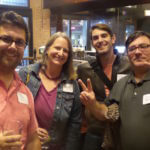 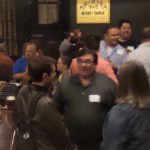 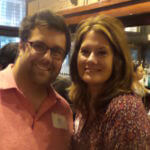 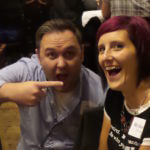 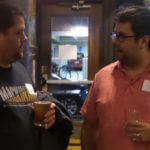 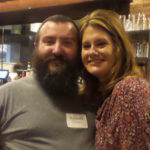 I had planned on taking more pictures, but I stopped myself. People were engaged in conversation and I really didn’t want to interrupt that flow of discussion.

Did you try a DIY website audit checklist, only to find you missed the important items that would truly influence your SEO, traffic, and revenue? What you really need is a professional website audit to keep your website and SEO healthy. END_OF_DOCUMENT_TOKEN_TO_BE_REPLACED

Learn what SEO is and why it matters to your website or blog. Download the free eBook and start your SEO journey. END_OF_DOCUMENT_TOKEN_TO_BE_REPLACED

We'd love to help you create something amazing.
Reach out to us and tell us about your vision. END_OF_DOCUMENT_TOKEN_TO_BE_REPLACED