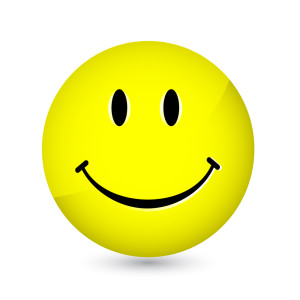 The Little Theme Store That Grew Up

Late in 2011 Chris Cree (you might know him from his rock star support in our forum) suggested we launch a theme store. Being the overly opinionated and bullheaded woman that I am, I quickly dismissed his idea. After all, inside my head I kept thinking “we build custom WordPress themes – we do not sell stock themes.”

Chris, knowing me like he does, just waited and brought up the idea again at another time. When I ignored him a second time, he retreated but persevered until he finally convinced me to launch the theme store. I am so thankful that I finally caved in, listened to Chris and embraced his idea. And I try really hard to make a point of thanking him each month as our store sales grow.

Chris had an initial idea for us to launch “a theme” for sale. Meaning singular. Well I don’t believe in doing anything half way. I like to go big, which is a trait I have obtained from my husband. In March of this year we launched our store with four themes. Okay that isn’t a huge amount of themes, but it was about three more themes than Chris expected. Chris was a trooper (as he always is) and he jumped on board with my master plan. He may have been sweating inside, but he never let me see it. He also kept me sane as we became intimate with WooCommerce and learned the ins and outs of selling and supporting digital goods.

Seven months later we are now up to fifteen live themes, seven more themes are in development, and many more theme concepts are floating around in my head. All of this activity has occurred while continuing to build custom WordPress themes for clients. The year of 2012 has been a crazy and fun ride. And honestly, as busy as it has been, I’ve loved every minute of it.

Good question. It’s one I’ve been asked many times over the last few months. We do not try to compete with the amazing team over at StudioPress and Copyblogger.  We think they not only rock the WordPress world with a superior framework (Genesis), but they also create a ton of very cool child themes. We’ve referred prospects over to their store many times, even after we launched our own theme store.

Truth be told, the WordPress community’s love for the Genesis Framework is growing so fast, I don’t think any of us expected it. There are enough buyers of the Genesis Framework and related child themes to keep all of us busy for a very long time. Why? Because Genesis is superior for SEO, security, functionality, and a ton more things I’ll babble about in another post.

What we’ve tried to do is create themes that are different and based on our own design style. You’ll notice our themes really don’t look at all like the ones created by Brian Gardner and his team. We do this on purpose. Our theme store has themes designed by five different graphic designers and they’re all picked apart by me at various stages of the design and build process. We are different by design.

I’ve also tried really hard to create themes that are targeted for particular niches. In the last few years we’ve worked on over a hundred plus blogs and websites. While some were simply customizations, many were full development projects that required us to create and deploy a completely custom theme for our client. Each build has been an opportunity for me to listen and learn.

The mother in me always wants to solve everyone’s problems and care for those around me. So without realizing I was doing it, I listened to our custom theme clients and stored the information away until one day I started creating stock themes that solved similar problems for similar types of companies and users.

So while we do have generic themes for businesses and bloggers, you’ll find a great number of industry specific themes for law firms, accountants, doctors, dentists, musicians, daycare centers, and even eCommerce websites thanks to the plugin WooCommerce.  I’ve tried to create solutions for small businesses and industries (particularly service related ones) that need a website refresh, but can’t afford a custom WordPress theme.

This month we released a new Developer Pro Pack.  The new developer license provides the ultimate WordPress license for purchases of our Genesis child themes.  It gives buyers access to all of our stock themes, as well as the ability to use them on an unlimited number of websites and blogs. Buyers also receive all future stock themes as part of this one-time purchase.

I’ll admit that I had not planned on launching a developer license. It wasn’t until a number of buyers asked if one was available (and/or if one could be available in the near future) that I gave it much thought. Once the fourth person asked, I realized it was “probably” a good idea. Just as Chris’s original idea for the store was a winner. Yes there is a trend here and I’m well aware of it.

An Affiliate Program is in the Works

Over the last two months I’ve been asked a lot about an affiliate program. I know you’ll be surprised to hear that I resisted this idea at first too. But alas, I’m giving in and we’ll be launching an affiliate program soon. The good news is this time; I did not fight the suggestion as hard or as long as I did in the past. I’m learning.

Thank s So Much for All Your Support

I know I speak for myself, and the entire Web Savvy marketing team, when I say thank you for all of your support, patience, and feedback. We’ve come a long way over the course of a few short months and we could not have done it without the wonderful WordPress community that embraced us with their purchases and positive words of encouragement.

Some big appreciation goes out to some specific people and firms that made this all possible:

Do What Makes You Happy

We love WordPress, designing themes, and launching websites. We do what makes us happy each and every day. The launch of our theme store only made this process a lot more fun and lets us help a lot more people.

As WooCommerce sale notifications arrive they include countries from all over the world. This made our happiness factor increased exponentially because our reach now extends well past our U.S. based clients.

With the theme store we not only do what makes us happy, we have clients popping up from Australia and Costs Rica to Ireland and Italy.

Did you try a DIY website audit checklist, only to find you missed the important items that would truly influence your SEO, traffic, and revenue? What you really need is a professional website audit to keep your website and SEO healthy. END_OF_DOCUMENT_TOKEN_TO_BE_REPLACED

Learn what SEO is and why it matters to your website or blog. Download the free eBook and start your SEO journey. END_OF_DOCUMENT_TOKEN_TO_BE_REPLACED

We'd love to help you create something amazing.
Reach out to us and tell us about your vision. END_OF_DOCUMENT_TOKEN_TO_BE_REPLACED