What’s your SEO approach? Are you a do-it-yourself SEO or did you hire an SEO consultant? DIY SEO can be great because it is a whole lot cheaper than hiring an SEO professional. And even better, since you are your own SEO expert, you are in control of everything. On the flip side, DIY SEO can also be very time consuming and it can lead you down a dark path of destruction without you ever even knowing. It can also give you a false sense of security and make you believe you know enough to be effective, when in reality you know enough to be dangerous.

The Case of Harry, the DIY SEO 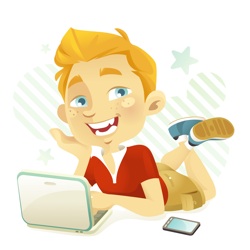 Over the last week I’ve been talking with a guy named Harry about his blog and upcoming website launch. Harry was connected with me via a mutual acquaintance, so I’ve been reviewing Harry’s activities and giving him free advice. This is something I typically do not do, but I like our mutual business partner and I believe in Harry’s project.

Harry has an ultra secret website project and he has been blogging in an attempt to drive initial traffic and drive interest in the big reveal. Harry knows his competition and he has an idea what he’d search for if he were a potential visitor to his future website. Harry even put those words into Google to figure out the highest volumes.

Harry, like many others I speak with, thinks he is fairly well prepared. After all, he has his 80 or so keywords in hand, he’s blogging regularly, and he is considering keyword density within his posts. Heck he’s even content tagging and sharing his posts via Facebook and Twitter. He is making progress with inbound traffic, yet none of it is actually coming through his blog posts. By why would this be the case you ask? He’s doing everything right isn’t he? No, not really.

Harry’s intentions are excellent. And as a person, I think Harry is pretty darn cool. He is trying really hard to read up and SEO topics and learn from SEO experts. Harry is the average wannabe SEO expert. Although in Harry’s case, he is actually spending a significant amount of time trying to learn SEO and he has picked up a lot of information on SEO basics.

But that is the dangerous part. Harry cannot tell good SEO from bad SEO or white hat SEO from black hat SEO. He can’t tell real SEO advice from regurgitated old SEO advice. He doesn’t know an H1 tag from a meta description or an alt tag from cornerstone content. He doesn’t know about keyword mapping or XML sitemaps. Harry knows how to blog and blog very well.

His intentions are good and he is putting in a lot of sweat and tears into the process, but he is trying to catch up and compete with SEO consultants (or entire in house teams) who have a decade or so of SEO experience. He is also trying to compete with heavy hitting websites.

I looked up the competitors Harry gave me and they’re heavy hitters. I mean they have huge traffic volumes, thousands or inbound links, and in some case millions of indexed pages in Google. Harry has a huge uphill battle. He is not only competing against an experienced SEO consultant and his in house teams of minions, his competitors already have a ton of inbound links, indexed pages, and web traffic.

So can he compete? Yes he can. He has a different value proposition, he is unique, and he has a business plan. The problem is he does not have an SEO plan. He has a list of highly sought after keywords and that just isn’t the same thing as an SEO plan. It isn’t a strategic, methodical plan to compete keyword to keyword with the big boys. It is a valiant effort, but at this point it is an effort in futility.

The Case of Rebecca, the SEO Consultant 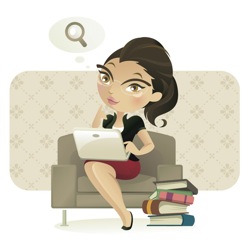 I’ve been doing SEO and website design for about eight years. In the earlier years I made a lot of mistakes. Thankfully my industry was as new to SEO as I was and my competition was still trying to figure out SEO just like I was at the time. I muddled through, read a lot, and performed a whole lot of trial and error stuff on my own website. Then I read more, talked to some experts, and worked on some more websites.

Then shazam! I finally felt like I had it together. I didn’t just know some stuff about SEO, I actually had a very detailed project plan for building SEO friendly websites and performing ongoing search engine optimization. I really knew my SEO and better yet, I knew my SEO stuff worked. I had gone against the big boys and I had won. I had bruises and war wounds to prove it. I also had Google Analytics data to prove that I knew what I was talking about. I went to battle and I came out alive and stronger than when I went in.

Remember – my battle and my SEO journey was eight years in the making. And remember, I made a lot of mistakes along the way. While I’m confident now, I wasn’t eight, five, or even three years ago. I wasn’t until I started looking at the SEO of other SEO consultants. And then I knew I had it and I wasn’t just claiming to have SEO knowledge. I started to see SEO everywhere I went on the internet.

But What About Harry and His SEO Efforts?

I’ve tried to get Harry to take a step back. I’ve tried to teach Harry some best practices over the last week. Unfortunately, I just can’t cram eight years of SEO experience into a few emails over the course of a week. Harry, smart as he is, can only digest so much. And I, giving free advice to a peep, can only allocate so much time.

I don’t know what the future holds for Harry and his website. I know his project has some fabulous potential, but I’m currently not involved in his website project. It has been in the works for a while and I just met Harry a week or so ago. It is hard to take my 90+ step website development plan and force it on Harry and his team midstream. I would personally suggest the entire group take a time out and sit down so they can reflect and consider the ultimate goal. That goal is to go head to head with the big daddy of their industry and make an impact.

So how does Harry make an impact? To do that, they need a thorough, well crafted, and completely integrated website design, SEO, and social media plan. SEO doesn’t come before or after design, it is part of the entire process from initial thought straight through to the website’s end. It is a living and breathing plan that matures with the website, the website visitors, and the industry in which is competes.

July 27, 2011 – Author Update on Barry the DIY SEO: Last week I met with Harry in person.  I also spoke with his team and we discussed their project and the need for SEO from start to finish.  I am now actively involved in the project and it is a massive one.  Harry is ultra cool and a mix of artist, technical guy, and good old fashion brainiac all wrapped into one.  He is my new SEO BFF and is great at jumping into ideas I present.  If our relationship continues as it has over the last week, Harry will have an awesome website that will drive substantial traffic.  Their concept for it is amazing and they simply needed a professional SEO consultant to step in and allow Harry to focus his priorities where they are really needed.

Did you try a DIY website audit checklist, only to find you missed the important items that would truly influence your SEO, traffic, and revenue? What you really need is a professional website audit to keep your website and SEO healthy. END_OF_DOCUMENT_TOKEN_TO_BE_REPLACED

Learn what SEO is and why it matters to your website or blog. Download the free eBook and start your SEO journey. END_OF_DOCUMENT_TOKEN_TO_BE_REPLACED

We'd love to help you create something amazing.
Reach out to us and tell us about your vision. END_OF_DOCUMENT_TOKEN_TO_BE_REPLACED